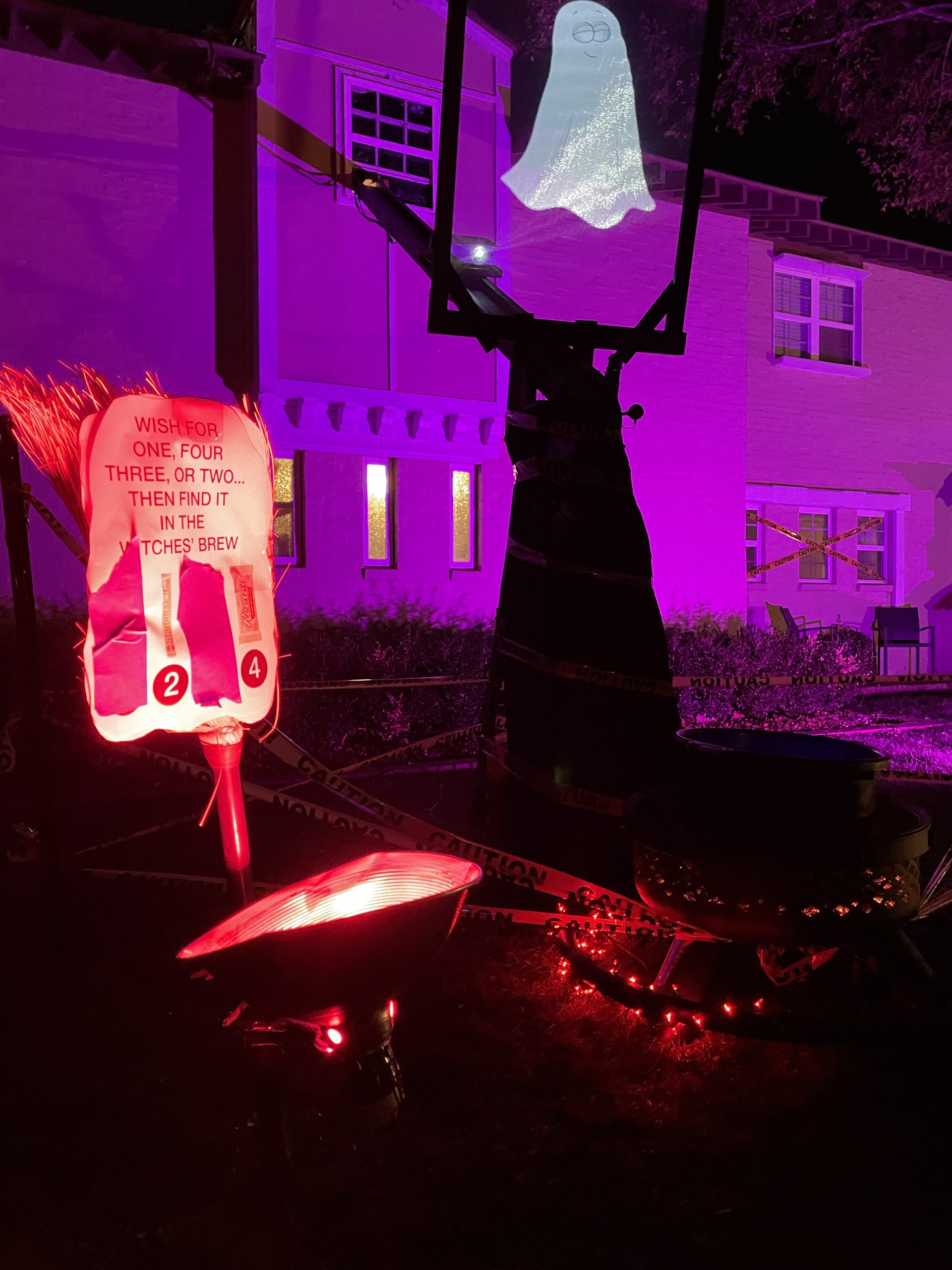 I’ve always wanted to build a Halloween monster that would give out candy. This year was perfect since we were all trying to “socially distance”.

I’d love to build an app that would let me walkie talking in real time with whoever is at the door, but streaming video to my phone (or even computer) had a 4-5 second delay at minimum. That makes for a very clumsy interaction with trick or treaters. Instead, we decided to distribute candy from our gameroom window.

My prototype was some old PVC pipe, but it was too flimsy and narrow for the candy we wanted to send.

Version two, we used some scrap wood from the treehouse. It was VERY heavy:

Glued, nailed, painted, and set it on a ladder. Probably would severely injure a child if it fell on them, so I attached concrete filled buckets to the ladder legs. Mounted a baby monitor camera and a speaker too:

The idea was that we’d project a ghost on the screen that the kids could talk with. They’d choose a candy and it’d slide down into our caldron. We put black light string lights in the caldron then made fake coals for it to sit on.

The coals were amazing – I learned about them on YouTube. You tape yellow/orange christmas lights to cardboard, then cover it in expanding foam. Then spray paint black and red. It legit looks hot, but it’s just lights!

Here’s the final setup. They originally could choose from 4 candies, but we ran out of two by the time I took this picture.

Here it is in action. I used adobe character animator which watches your web cam and animates a character to match your facial expressions. It even moves, smiles, frowns, etc. Sometimes we’d switch the character to be whatever candy they chose. Then we shifted the pitch of our voice and added an echo.

Here’s the behind the scenes shot. We took turns talking in the microphone and pushing the candy out. Josie did great!

Jack did great too, but he loved the ghost voice so he’d always pause once he heard it. 😂

This is what we saw. It lets us comment on their costume, etc.

Despite our “social distancing candy delivery” solution, there was quite a crowd that built up. We gave out over 500 candy bars! 😅 😅