By Josh Wright on July 2019 in projects

There are two keys to a great fantasy football draft. Grub and a little friendly banter. That's right, trash talk.

The key is keeping it light and friendly, not mean or rude.

SmackMode is automatic smack talk for your draft. After each pick, the draft board audibly speaks a short bit of trash talk. The clips are typically 8-10 words but some are sound effects, etc.

If you have the draft board up on multiple screens, the same comment will play on each device at exactly the same time. Pretty cool!

Here are a few of the fantasy football draft smack talk comments: 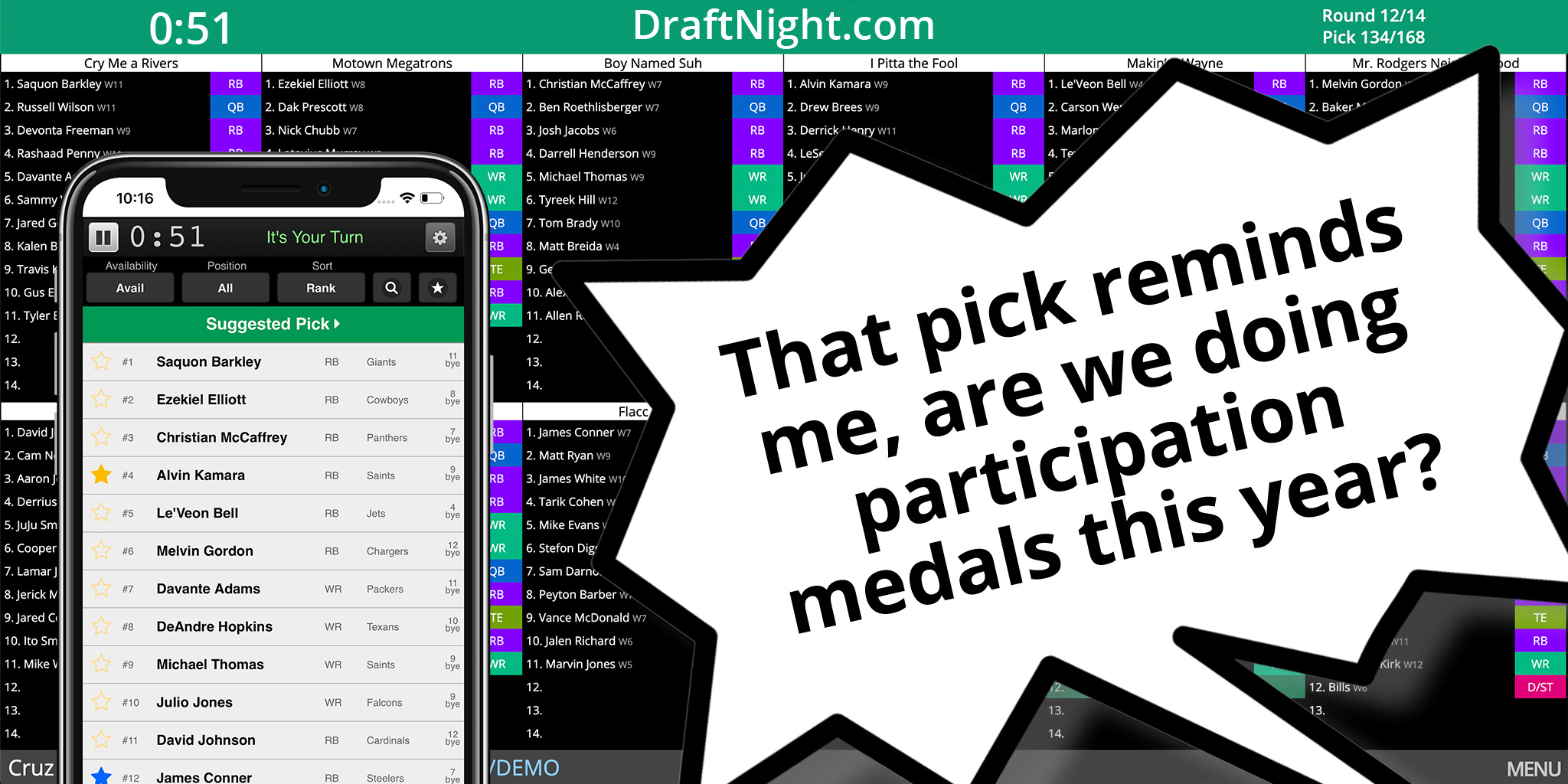 My name is Josh Wright - I do apps and websites as All Star Apps.
I like NodeJS, iOS, Swift, Heroku, GitHub, Photoshop. But most of all my fam.