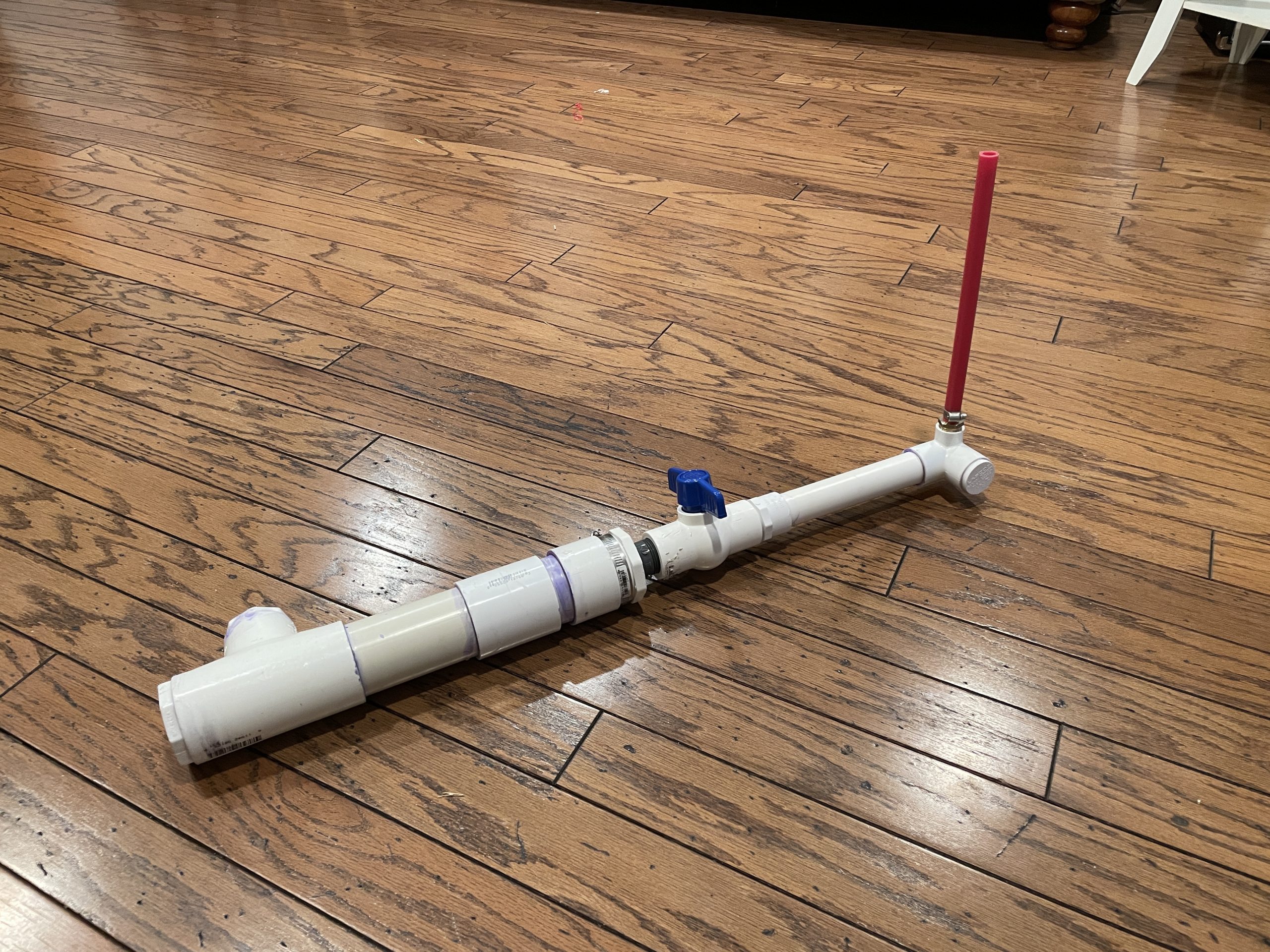 This project was… a failure. But I learned a lot and put several million miles on my truck driving to home depot.

Ever year we go to a family farm in Purcell and have a massive easter egg hunt. This year I wanted to build an easter egg launcher and have the egg glide down with a parachute. I’ve seen potato cannons and tennis ball launchers, so I knew it would be possible.

Long story short, I built an air cannon that could launch an egg several hundred yards in the air. But there were three major problems.

So I bailed and didn’t use it. 🙁 One of the cooler things is I used a sprinkler valve and connected it to the arduino button. The kids pushed the button and it automatically launched. It could have been so fun, but the kids loved the prototype!

Later I cut it into pieces and built a smaller, safer launcher for those stomp rockets. Basically you connect the left side to an air compressor and take it to maybe 70 PSI. Put the rocket on the red tube, then twist the blue handle and off it goes.

No joke – we only launched it 5 times. 1 of the times the rocket split in half. The other 4 times it went up so high that we never saw it again!

iScout is Acquired by KPA