When I got my Kindle, I immediately signed up to be a Kindle developer but wasn't accepted. Since my Kindle had a built in browser, I decided to design a few apps such as a note taking website that was based on Dropbox & took advantage of kindle keyboard shortcuts for things like spacing, etc.

After a few weeks of development, I released the website. Literally that same day Amazon released their "app store for kindle". I quickly lost interest, especially since Amazon wouldn't allow me to develop native apps. (and I thought Apple was locked down)

Here is a screenshot of what it looked like: 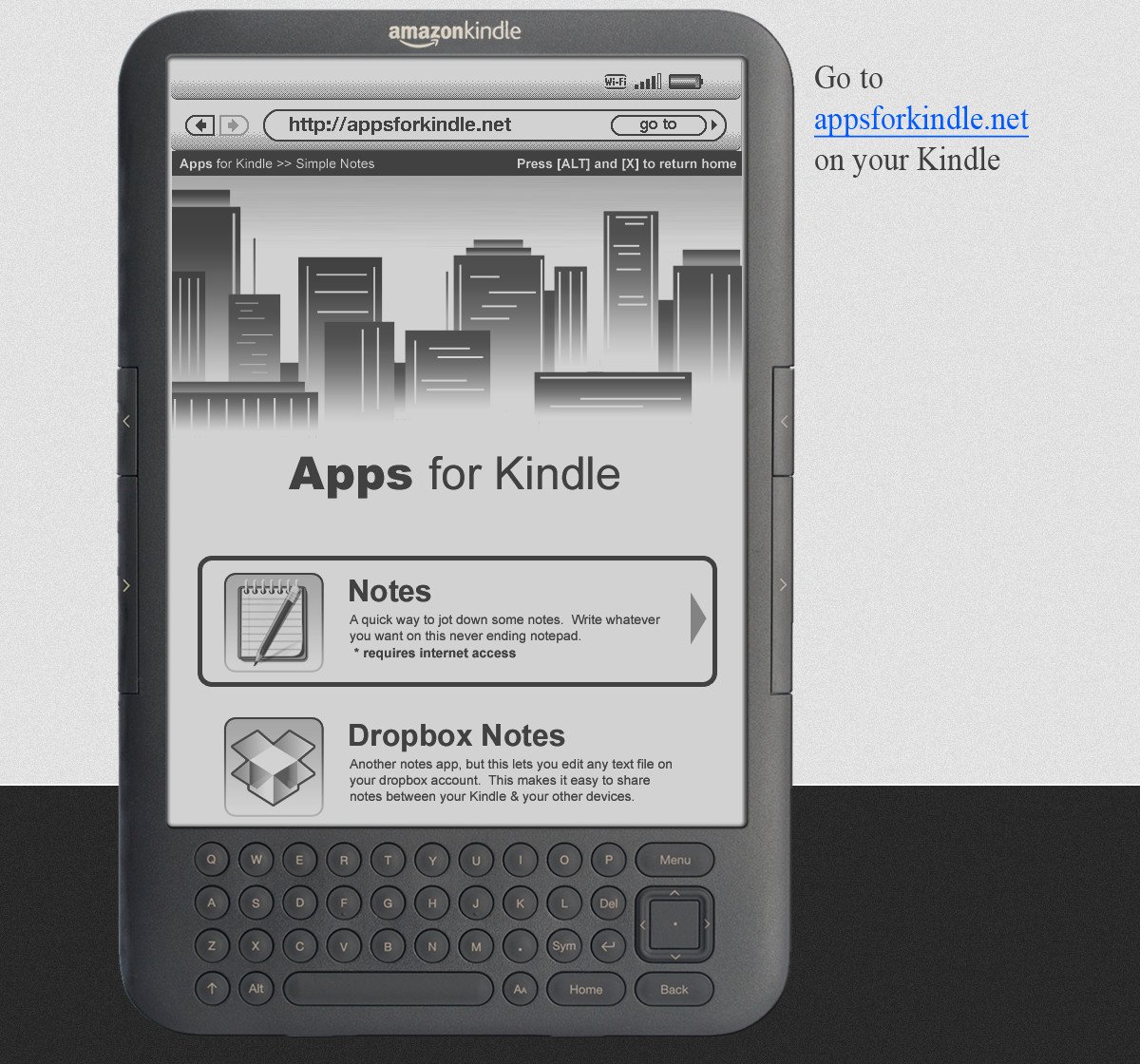