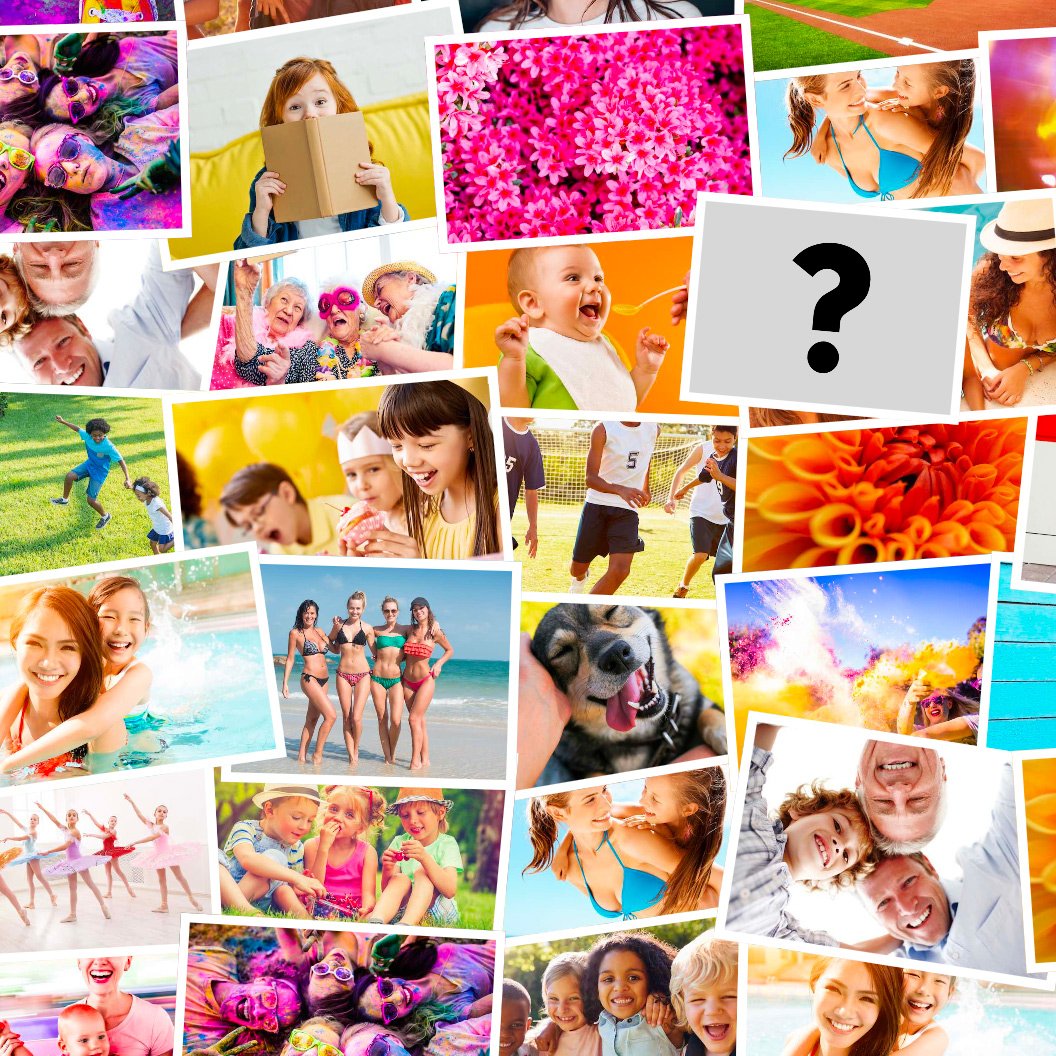 WhichPic is coming to the iTunes App Store in August 2019.

WhichPic is photos game/app for iPhone & iPad. Your job is to figure out “Which Pic” is yours.

It hides a photo from your camera roll amongst dozens of stock photos and you have 30 seconds to find it.

It’s much like “I Spy” or “Where’s Waldo” – but instead of finding Waldo, you’re finding your own picture.

There are 1000 dynamically generated levels that get progressively more difficult (in waves). There are also levels with special filters like black and white.

How many photos do you have on your phone?

Most have hundreds or thousands. These are cherished memories of family vacations and other great life moments.

And how often do we look at these photos? Almost never. The best achieve greatness in Instagram lore, but the other 99% sit captured, never to be seen again. We have so many memories locked away in our camera roll and nothing to do with them.

WhichPic offers a casual, laid-back, one-handed game mechanic similar to the old “I Spy” or “Where’s Waldo” style games. But as a bonus, it features your very own photos from your camera roll. So each level lets you re-discover an old memory. You also have the option to zoom in or share it with someone else.

The end results is a casual way to look through your old photos while enjoying a classic game mechanic.

All Star Apps the company behind WhichPic. Other All Star Apps apps include Weather Nerd and DraftNight.com (for iPhone / iPad).

Weather Nerd is a weather app for iPhone / iPad and was featured on the Apple App Store in 2015 – ranked as high as 11th Overall in All Categories.

These apps and others are developed by Josh Wright – an independent app developer located in Norman, Oklahoma.